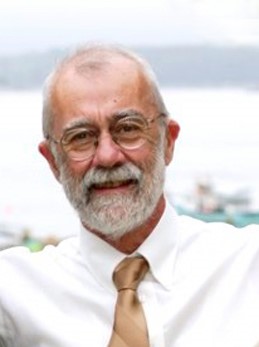 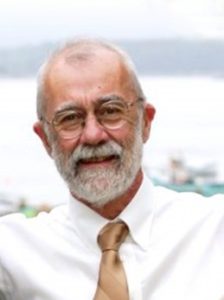 Writing another person’s memoir can be called writing biography rather than memoir. You are, after all, not the subject.

But, are there occasions when a biography can justly be called a memoir?

In my penultimate book, A Sugary Frosting / Life in a 1960s Parsonage, I used life stories that my late wife Martha Blowen had composed—and I added text. And…

I called it a memoir.

How did I presume to call it a memoir and not a biography?
When you are both a story teller and a story keeper, and being in relationship with someone who is verbal— very verbal, for thirty-one years, you get to know many of her stories. A number of them you have heard not only because they were told directly to you as you went about your day—perhaps driving together into town or as you began your morning facing the woodstove sipping your coffee—but also because she told them to others in your presence. Often, details are added in this retelling or an emphasis changed for the benefit of the new audience—and, unexpectedly, you understand an angle to the story that had eluded you earlier.

Martha wrote a number of her stories, always in segments. She intended to write a memoir, but her life was cut short by breast cancer before she could realize this goal.

Wanting to compile a memoir, I collected her compositions into a manuscript and soon realized details were missing, details that I knew not only to be true to her storyline but also necessary to bring out the meaning of her story. Soon enough, I found myself adding her words that had lived within me into the narrative. These words soon contributed not only scenes and conversations, but also whole stories I had received from her. Eventually, more of the stories originated in my recall then from her composition.

What to do? Was it all right for me to write so extensively in the first person?
Because I have been a ghostwriter for many years, entering into someone’s sensibility is a facility that I have long practiced. A good ghostwriter is always writing in the subject’s voice—in the first person. He uses the vocabulary of the subject and he enters into the sensibility of the person whose story is being preserved.

In the case of A Sugary Frosting, and My Eye Fell Into The Soup, Martha was not available to read back to.

The responsible take on writing someone else’s memoir
Writing in the voice of the subject has always been an energizing challenge of ghostwriting. In writing A Sugary Frosting, when I found myself writing something that fit the drama of Martha’s story as I understood it, but about which I was not certain, I would feel a tug toward what felt like “The Story,” toward something that demanded to be told. When I felt this pull, I sensed that I was being directed towards the factual, towards authenticity.

There were other times, fortunately, when I felt uncomfortable. Perhaps I was imposing my “take” on her story? I decided to leave this material out.

The bulk of the text in A Sugary Frosting presented as Martha’s memoir has been ghostwritten. I don’t think the reader will realize where the stories she wrote end and where the ones I ghosted begin. That is as it should be. A ghostwriter must be invisible—or why call us ghostwriters?

But is it okay? Where do I presume the authority?
For starters, I promised Martha that I would write her stories—for our grandchildren who were not yet born—and for readers. This gave me a sense of writing in her stead—and it bestowed a certain authority.

She had also said, “I trust you not to write anything that would embarrass me.” I have endeavored to use that request as a guide—and that too has given me a sense of authority to write her story.

I believe Martha would have approved of A Sugary Frosting and would easily have called it her memoir. But…

For those readers who are still unsettled, I am perfectly comfortable with your calling this a “fictionalized memoir” or a “memoir fiction”—but what I believe it to be is a co-authored memoir.

Writing My Eye Fell Into The Soup
After Martha’s death, I very much wanted to write an account of her illness. I knew to do that, to really do credit to the etiology of her illness, I had to go earlier in her life. I felt that her cancer–cancer was called the disease of hopelessness in the 19th century–had roots in her early family life. The influence of these years perdured into the present.

Because of this belief, I wrote A Sugary Frosting. The, having written that book, I wanted to write about the time of her illness—which was my real goal. This task was actually easier as had her voluminous journals to quote. When I combined them to mine, I had a text.

Even in My Eye Fell Into The Soup, I had to create some text. Sometimes, it was to explain an element and other times it was to create a transition from one entry to another, a transition that she had not made but which was necessary for the reader.

In conclusion
I have one more volume to write of Martha’s illness, and then I will be through with writing biography as memoir. I have no intention of ever writing a straight biography.

Bio
Denis Ledoux’s flagship book, Turning Memories Into Memoirs / A Handbook for Writing Lifestories [available both in e- and hard copy], has been joined on Amazon by a number of other how-to books. Among them are Don’t Let Writer’s Block Stop You, Start Your Memoir Right and the free Memoir Writing 101. In the summer of 2017, he published the e- and the hard-copy of My Eye Fell Into The Soup / A Journal Memoir of Living with Stage 4 Cancer. It is drawn both from his wife’s journals and his own. My Eye Fell Into The Soup is the third in a series of five memoirs focused on his wife. The first in the series, The Nice-Nice Club Holds Its Last Meeting, is available free on Amazon.