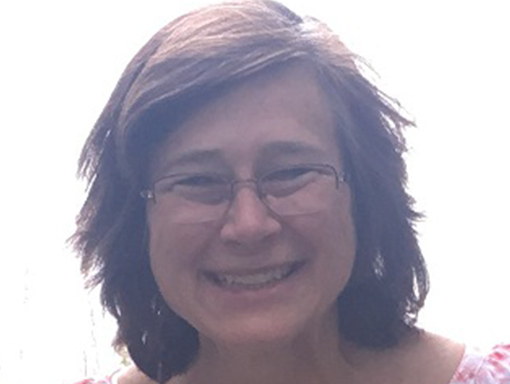 Waiting for the Bell

I thought I loved my journalism job, until one day, I started sobbing at my desk. I was stressed out from writing three stories a day for a new publisher while raising three young kids alone. What’s more, my right hand throbbed with pain from the tendonitis I had developed from excessive typing. What should I do?

My colleagues convinced me to change professions. As a teacher, I’d have summers off, earn more money, and qualify for a pension. On the eve of my divorce, I needed to prepare for a future without a second income—and would journalism, which was hemorrhaging jobs, guarantee that? Did it really matter that I didn’t enjoy teaching as a Peace Corps volunteer in West Africa after college?

That August, with misgivings, I left journalism to teach French at a Catholic high school. The pay was horrible, but the commute short, allowing me time at home with my children. Once I got my teaching certificate, I could teach at a public school where salaries were higher. Three years later, I bid adieu to the nuns—much to their chagrin.

Little did I realize then, the challenges of teaching in a rough district. Nothing had prepared me for nasty, undisciplined teenagers who expected teachers to squelch bad behavior and lead them in learning. I sought the advice of a friendly, veteran teacher. I just needed to show students that I was in charge. But I hated them, and they hated me. My supervisor trashed my lessons, calling me incompetent and unable to relate to teenagers, though my French was impeccable. In April, I wasn’t surprised when my contract wasn’t renewed—and I vowed to never again step in a classroom.

My direction in life became murky: Return to journalism? Work in communications? Become a diplomat? I’d reinvent myself! I’d try it all—and hope I’d land a writing job. Yet again, I failed… To pay the bills, I accepted temporary teaching jobs. To feel successful, I enrolled in an MFA program in writing. I considered moving to a low-cost state and working at a job that allowed time to write, but I could not uproot my kids.

So, I stayed put—and opened up my mind to teaching again. That winter, I landed a full-time position with benefits in a middle-income school. A colleague helped me plan engaging lessons. I stumbled, uncertain if I belonged in a classroom. An administrator believed in me, saying I had what it took to be an excellent teacher: a caring, kind attitude and a hardworking ethic. One spring break, I traveled with twenty students to France; several of them raved about this life-changing experience. I had made a difference in teenagers’ lives—and they had taught me to enjoy time with them, inside and outside the classroom. Six months later, I earned tenure. I made my peace with my new profession, writing during summer and holidays, grateful that I had found two outlets for my creativity.

Jennifer Nelson is an author and French teacher who holds an MFA in Creative Nonfiction from Vermont College of Fine Arts and an MA in Journalism from Columbia University. She is a features writer for The Woven Tale Press, and her work has also appeared in Adelaide, brevity.com and writingthrudivorce.com, as well as other publications.